The Band Part of The Linfords

We are so happy to have found a couple of great musicians to fill out our sound when we are booked for a "band" gig. Dave and Stephanie have put in a lot of extra time rehearsing and have also generously donated their talents for several of the benefits we have played. It's about time you heard a little more about them.
Stephanie Berglund our Bass Player
Bass player Stephanie Berglund first picked up the bass at age 13 to play in her Jr. High School's jazz band in Alleman, Iowa. In high school, she played the bass in marching band, pep band, swing choir, and jazz band, including earning the spot in the Iowa All-State Jazz Band. In what she describes as equivalent to throwing darts at a map, she ended up with a music scholarship to Central Wyoming College in Riverton where she earned her Associates degree then transferred to the University of Wyoming to complete her Bachelors degree in Music Theory and Composition. She left the state for 2 years while her husband Scott completed his Occupational Therapy degree in Oregon, and they returned to Wyoming in 2001 when Scott took a job with the Child Development Center and the Lincoln County School District. Along with playing in the Linford band, she plays piano and sings with Emmanuel Bible Church's music team, teaches piano and bass lessons, and takes care of her 3 little girls. (And although swing and Latin are her favorite things to play on bass, she really enjoys picking out roots and fifths, and occasionally more interesting lines, with the Linfords.)

Dave Parsons on the Drums
Dave owns and operates Dave's Barber Shop in Afton, WY. Dave was born and raised near Afton and later attended Boise Barber College in Boise, ID. He always wanted to return to Afton, open a business and make music with the Linfords. He is a father of two boys and husband to Elizabeth Sands from Oregon. Gary Allan, Rodney Crowell, Sawyer Brown, and the Zac Brown Band are among his favorite's loaded on his MP3 player.
Posted by Teddy at 9:47 AM 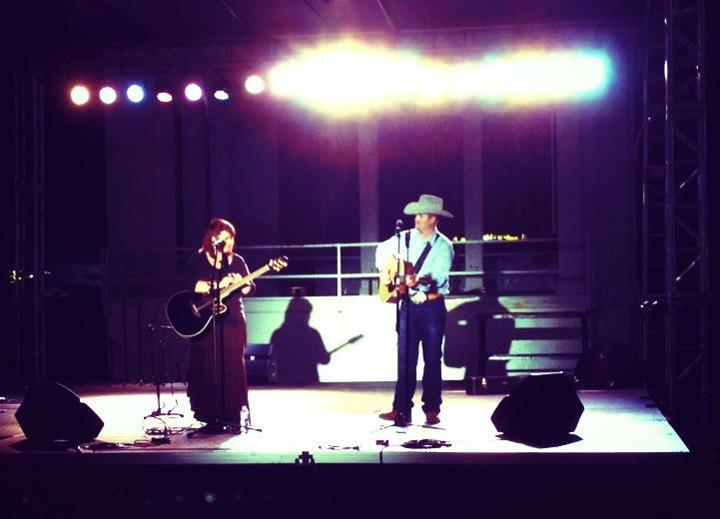